As a dog walker, I knew Harriet. I had walked her, spent time with her. The sweet Pittie mix momma dog who was abandoned, along with her puppies, she had been tied to a pole . It’s ironic because in 2007 I rescued two pittie puppies who had been tied to a tree and abondoned. My sweet Izzy lived to be 9 and George lived to be 12. The second irony was when George passed (and shattered my heart). He had been ill for sometime, but his passing came unexpectedly on June 22 2019, the same day the adoption hold on Harriet ended without her adoption. HSHV was so understanding and supportive when I called and told them I would not be in on Sunday. My family however, urged me to go and walk dogs who need attention…it would be good for me. So I did and there she was….Harriet. My Harriet. I knew then she was supposed to come home with me. Its been 15 months and Harriet is one of the funniest, most loving, vocal dogs I have ever been lucky enough to love.

Was it fast, yes. Too fast? I don’t think so – fate maybe, but I don’t know. What I do know is that dogs are amazing, loving creatures who love us, more than they love themselves, and they never want our hearts to break. I know a rescued dog would want us to rescue or save another. I know one dog never replaces another, but maybe, just maybe they send us another. 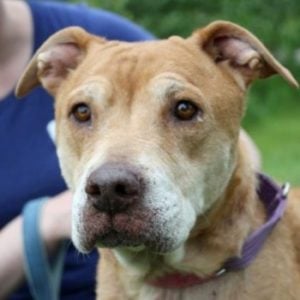