How to play with your cat (Yep, there’s a right way) 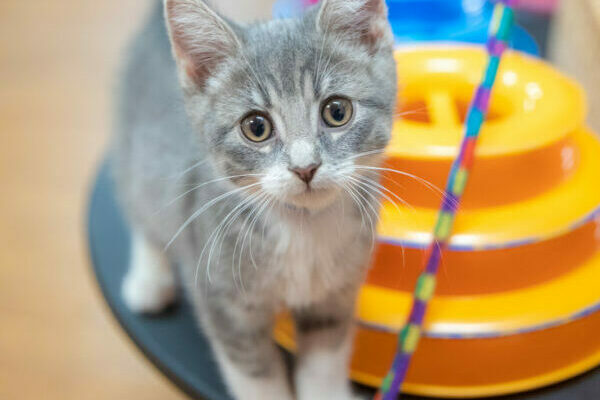 Making sure that you have plenty of playtime with your cat is extremely important. We know that lack of playtime and enrichment can lead to your cat becoming bored or frustrated and potentially acting out. But did you know that for playtime to be most effective for your cat, there’s an actual sequence of events that you’ll want to follow?

Cats are a predatory species and as such, they follow a specific series of steps when going through their predatory sequence. It’s these steps that we want to replicate when we’re playing with our cats. It’s also important to know that cats are opportunistic hunters, going out to hunt prey as often as 20 times a day, in order to stockpile food. Understanding these things and how to integrate them into your play time with your cats could dramatically improve the results you’re seeing from playtime.

Knowing that in the wild cats hunt up to 20 times day could shed light on the fact that a play session once a day for ten minutes really isn’t going to be enough for a young and active cat. We’ll want to make sure that in addition to changing how we play with our cats, that we’re increasing the amount of time we’re dedicating to play with our cat friends. Once we’ve increased the time spent and improved the type of play we’re offering, we should see cats who are more relaxed and comfortable overall.

In the wild, cat’s predatory sequence is to search for and/ or locate prey, approach, capture, kill, manipulate and then consume. These steps sound fairly ominous when we’re discussing playtime with your indoor cat, but we can very easily replicate this with toys that mimic prey, wand toys being one of the best for this action. Moving the wand toy around to mimic how their prey might move, catching your cat’s eye and allowing them to stalk and chase the toy can ignite a cat’s predatory behavior. Allow them to pounce on and “kill” the toy, completing the sequence. We want to motivate them to engage and keep them moving, but don’t want to create frustration by not allowing them to capture the toy and end the sequence.

By just making sure we’re appealing to a cat’s true nature when we’re engaging them in play, we can increase the benefits of those sessions. For more information, take a look at this video from cat guru, Jackson Galaxy.