Thought I was saving him, but he saved me

I got out of the Army in 2011. Realized quickly that I wasn’t adapting well. Went years alone and one day it hit me that I really needed a companion, and I wanted to rescue. I went to the shelter for the first time and walked several other pups, and then was told about this very shy boy. We walked and he was definitely shy, but for some reason I just felt connected. Went back twice to introduce him to my parents since I had to wait for him to be neutered. Third time I went and he was outside with someone and I was told he probably wouldn’t recognize me. I saw him, bent down and called for him and he came running just pulling that person with him. It was that moment that I knew 🐾 Ever since then he has just been a part of our family. Loved unconditionally and now he even has a sister. 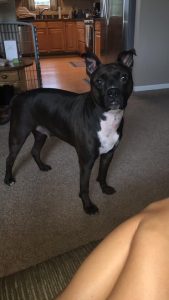