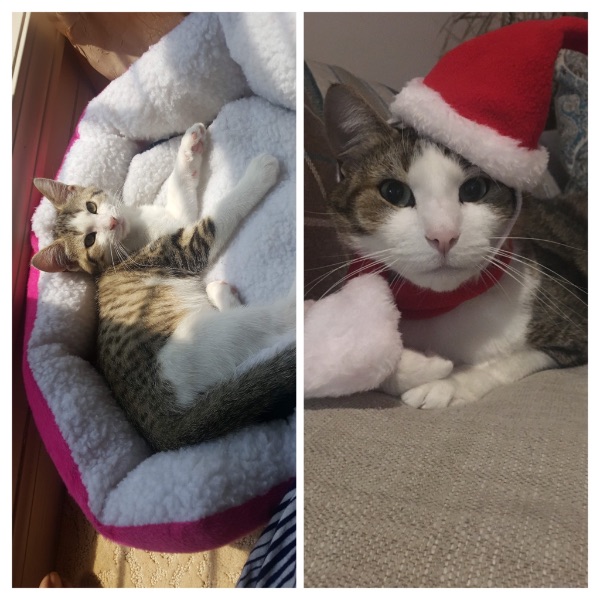 We adopted Singer (now Shekhu) on June 1st 2018; my parents were sure we were NEVER getting a cat. But one morning, my mom woke up and thought, it wouldn’t be that bad of an idea…

When she arrived at HSHV, she knew exactly which kitty she had been looking for — the first one she held in her hands. There were loads of other people in there for kitten season, and all of the cats were quietly sleeping in visitors’ arms. But singer? He was the most rambunctious thing! He attempted to run out of her hands since the beginning! And you know what? We like a challenge every now and then.

So we brought this little guy to his forever home. He’s been here for almost 3 years now, and over the course of those years he’s developed a hatred towards cats, become a literal guard dog, scared away little humans…but aside from all the craziness, we still love him to death and are so excited for the years to come!