Nick Furry says, “There’s a place here for you!” 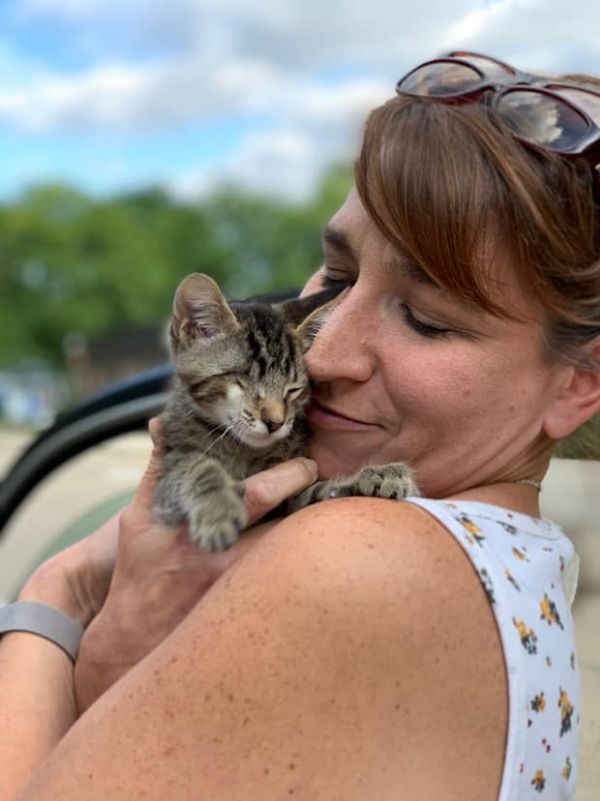 It’s been over 20 years since I’ve had a kitten or a puppy, and as my daughter gets older and comes closer to finishing high school and going off to make her own way in the world, I decided it was time to open my heart again. After losing my 4 long time pets in the past 5 years, it was really difficult to even think about it. But this past summer, I house-sat for a family that had three cats and I found myself missing that companionship after my house sitting duties were done. So, I went to HSHV and got a cat pass and visited the kittens.

A junior volunteer was holding this teeny, tiny one-eyed kitten. That one eye held enough mischievousness and love to fill two. He and I visited on 9/4/2019 and it was a done deal. I took him home on 9/5/2019. I changed his name from Willie to Nick Furry because I’m a huge superhero/Marvel fan and we spent our first night getting used to each other, snuggling, playing, and watching television. I’ve already spammed the majority of my friends and FB feed with a trillion pictures and “tails” of the kitty. He was exactly what I needed and I understand, again, when they say “Who rescued who?”