Ann Arbor, MI (March 26, 2021) — After pleading “no contest” to animal cruelty, on February 18, 2021, the Honorable Judge Erane Washington sentenced Ypsilanti Resident Connie Denham to one year probation and over $5,000 in restitution fees.

In late December 2019, Animal Cruelty Investigators from the Humane Society of Huron Valley (HSHV) executed a search warrant on Denham’s residence, following a tip from another case. The property was infested with cockroaches, littered with excrement, and inhabited by Denham, an older adult, and six dogs. With fur caked in feces and urine, the dogs were so matted that they had difficulty walking. One of the dogs was so matted that she was forced to half crawl on her forearms and would later need to learn to walk again after receiving a medical grooming.

HSHV seized the dogs, Adult Protective Services was contacted, and the Ypsilanti house was condemned the same day.

At the February 2021 sentencing, Denham’s ownership of the dogs was surrendered. After having been cared for by HSHV for over a year, they immediately found loving homes through HSHV’s adoption service.

“Please remember how important your voice is for animals,” says Tanya Hilgendorf, HSHV’s CEO. “They rely on our protection and need caring people willing to speak up for them. If you suspect an animal is being neglected or abused, please call our cruelty hotline at (734) 661-3512.” 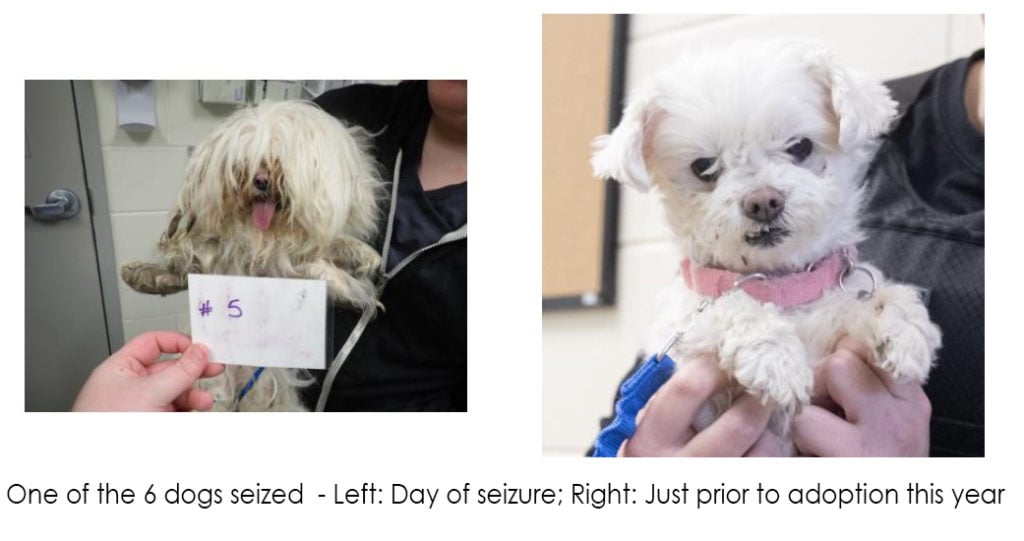