Ann Arbor, MI (February 15, 2020) — Melinda Szabelski, Cruelty and Rescue Supervisor at Washtenaw County’s Humane Society of Huron Valley (HSHV), was named a “local hero” in the Humane Society of the United States (HSUS) Stop Puppy Mills Campaign. The award is given annually to 14 people across the nation who’ve made a difference fighting puppy mills in their communities.

Having worked in investigations and animal control for over 12 years, Szabelski was the lead investigator for HSHV’s Pet City Pets case, a pet store raid resulting in the seizure of about 300 animals found living in deplorable conditions. Some of the animals were dying and two deceased puppies were found, including one next to a heating unit that registered at 220 degrees, and another who was found hidden behind trash. Melinda pushed for felony and misdemeanor animal cruelty charges against the pet store owner. Her investigation has put a spotlight on the horrific cruelty behind some retail stores that sell live animals. The case was one of many that Szabelski has spearheaded. 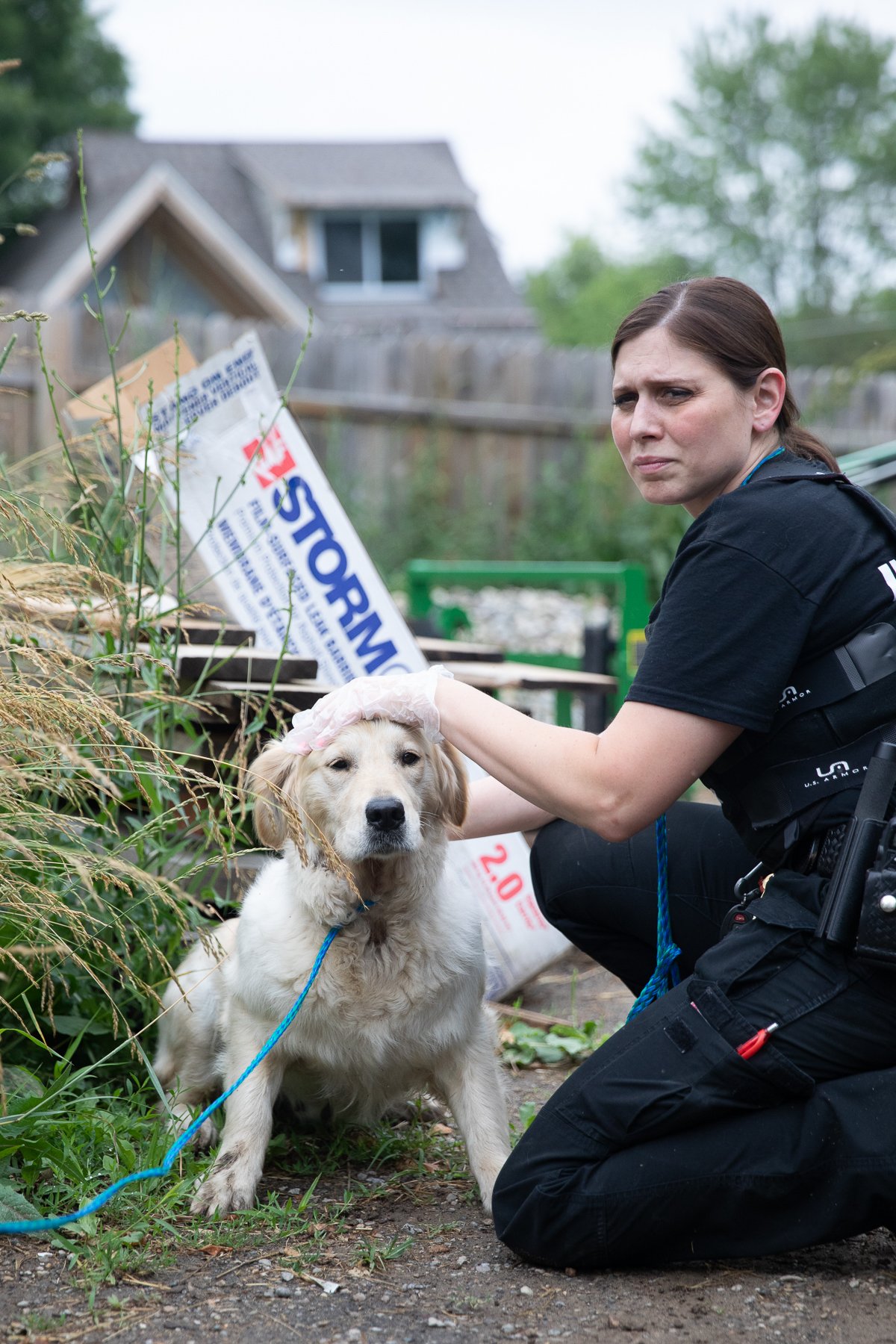 “Hundreds of animals are living better lives now because of the response of Melinda and her colleagues. Whether they are testifying to help pass new laws, organizing peaceful demonstrations, helping convert businesses over to a rescue-friendly model, or animal control officers who have helped shut down puppy mills, these heroes are making a tremendous difference for dogs in so many ways,” a statement from HSUS reads.

“We are so proud of Melinda and the work the rest of our staff and volunteers did to protect and care for the badly neglected animals from Pet City Pets,” says Tanya Hilgendorf, CEO and President of HSHV. “There are still 10,000 puppy mills operating in the United States. Nearly all dogs sold by pet stores and online dealers come from these cruel situations. We are grateful for people like Melinda, with courage and compassion, who are protecting our most vulnerable and helping chip away at this terrible industry.”