Ann Arbor, MI (July 9, 2021) — The Humane Society of Huron Valley (HSHV) applauds the Washtenaw County Board of Commissioners for passing a resolution Wednesday opposing wildlife killing contests in Michigan and encouraging the state to ban them outright.

The resolution notes that such contests promote indiscriminate killing, are counterproductive to wildlife management and violate responsible hunting practices. It also states that, while all wildlife play a critical role in Michigan’s ecosystem, mesocarnivores like coyotes, foxes and bobcats are especially important, naturally controlling rodent populations and keeping diseases like Lyme disease in check.

Wildlife killing contests are also opposed by dozens of animal protection and conservation organizations in Michigan, and have been outlawed by several states in recent years. 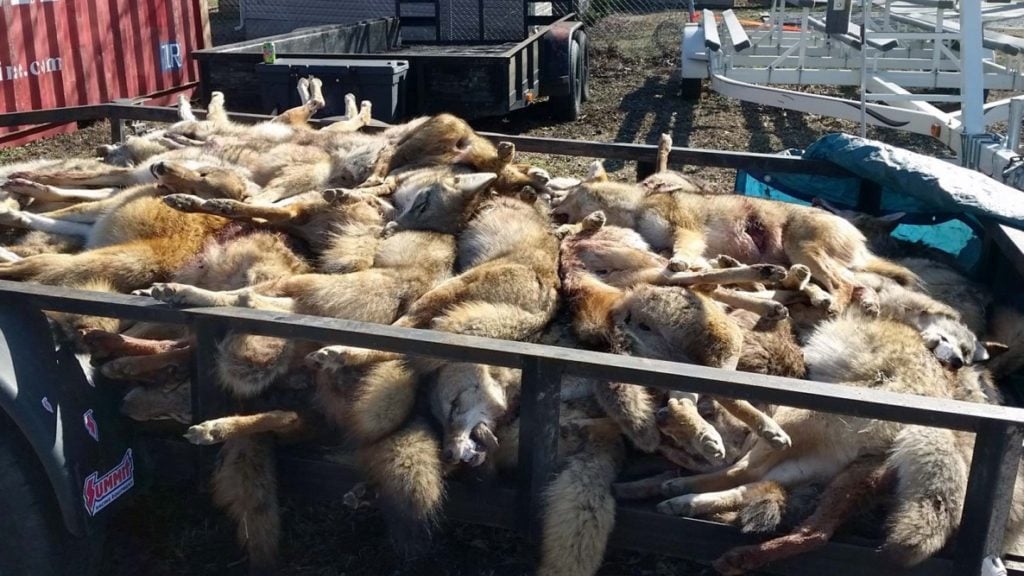 During these events, people compete for prizes (e.g., cash or guns) by killing animals. The killing contests have nothing to do with wildlife management, and the animals’ remains are not used for any purpose. Typically, animals are lured in, shot, then tossed as garbage after prizes are collected.

“This is such a disregard for animal life and disrespect for nature. Wildlife killing contests are nothing but a blood sport, much like dog fighting and trophy hunting where people kill for fun and prizes. But animals are not just killed. Some suffer painful injuries, then are left to run off and die slowly. And some young ones are left behind to starve or die of exposure,” says Tanya Hilgendorf, HSHV’s President and CEO.

“Animals are sentient beings who feel physical pain and experience a range of emotions and social connections,” notes Hilgendorf. “Killing and causing animal suffering in the name of fun is cruel and morally reprehensible.”

“We are deeply grateful to the Washtenaw County Board of Commissioners for their forward thinking, and we hope the state will take note. It is time for Michigan to join Arizona, California, Colorado, Maryland, Massachusetts, New Mexico, Vermont and Washington in banning these killing sprees. We urge state policymakers to take action to end cruel and unsporting wildlife killing contests in Michigan.”