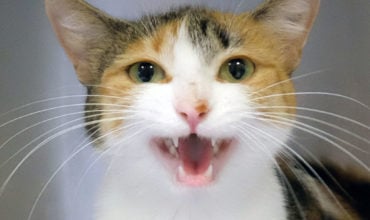 Lots of people know or love what could be called a “sassy” cat. Often, when we say “sassy,” we mean a cat who just doesn’t like to be petted for too long, or has certain parts of their bodies that they object to being handled. These guys are usually cats who also feel pretty uncomfortable when we try to pick them up. Commonly, any of these actions performed by a human will result in a nip or bite. Before that bite, though, we’ve probably missed a whole series of behaviors and body language cues that were telling us to stop
Read More

As a dog walker, I knew Harriet. I had walked her, spent time with her. The sweet Pittie mix momma dog who was abandoned, along with her puppies, she had been tied to a pole . It’s ironic because in 2007 I rescued two pittie puppies who had been tied to a tree and abondoned. My sweet Izzy lived to be 9 and George lived to be 12. The second irony was when George passed (and shattered my heart). He had been ill for sometime, but his passing came unexpectedly on June 22 2019, the same day the adoption hold
Read More 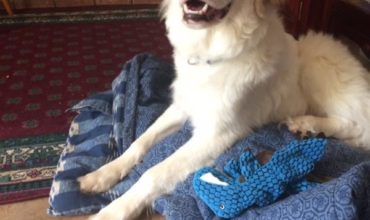 The dog we didn’t know we needed!

3 years ago, our cat of 18 years passed away. After the extreme morning period, my daughters and I finally felt ready to donate her food to HSHV. It was a Wednesday morning. The girls wanted to look at the dogs before we left. After doing a lap, we were ready to leave when one of the volunteers informed us that the Love Train was coming on Friday. I chuckled and told my daughters that the last thing we needed was a puppy, as we had a 15 year old blind and deaf Yorkie at home. Friday comes, and we
Read More 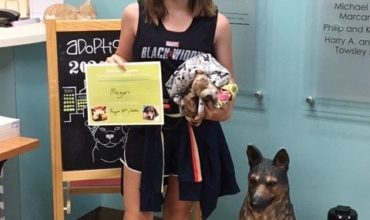 September 2, 2020 | Comments Off on Compassionate Crafting

Megan is awesome! She is working on her girl scout silver award and kindly thought of us! She raised funds via a bottle return and then handmade rice bags for our animals. Rice bags are super helpful because they can be warmed up to help baby animals stay healthy and to help animals recover after surgery. We are so grateful to Megan for thinking of us and helping our animals say healthy and happy! Good luck with your silver award, Megan, and thank you for your kindness and compassion!
Read More 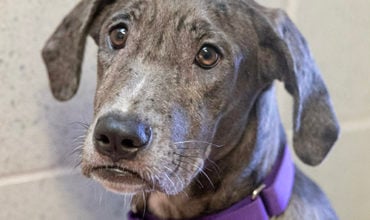 September 1, 2020 | Comments Off on HSHV rescues 45 dogs and cats from Pittsfield Township home

Ann Arbor, MI (September 1, 2020) — Following a tip from concerned sources that animals weren’t being properly cared for, Animal Cruelty Investigators from the Humane Society of Huron Valley (HSHV) executed a search warrant and seized 14 cats and 31 dogs from a Pittsfield Township residence Friday afternoon. Investigators from HSHV arrived to find two dead dogs and 43 animals living among raw sewage and excrement. Some of the animals were fearful and underweight, and several were in need of emergency medical care. They were immediately transported to HSHV for treatment. All of the animals are currently being cared
Read More 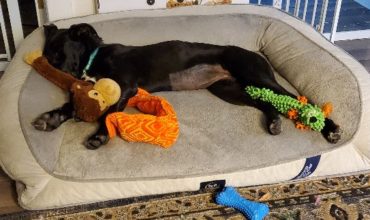 Clover came home with us about a week ago now. Our existing dog, Nadine, wasn’t certain about it, but now, they’re best playmates in the backyard! Clover loves to chase Nadine and play with anything squeaky. She tears apart toys like it’s her job. Clover also hangs her tongue out of the side of her face and sits sideways like a goof. And her lil butt wiggles are so funny! She’s a great addition to our crazy family, and we wouldn’t have it any other way. Stormy now Clover
Read More