Archives for Puppy or dog

Archives for Puppy or dog 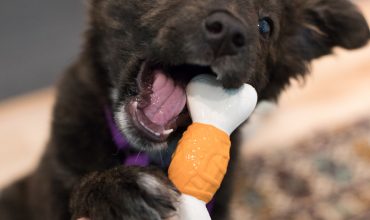 June 4, 2018 | Comments Off on Dealing with Normal Puppy Behavior: Chewing

Puppies may be just as much work as human babies – maybe more so because puppies can’t wear diapers and they have very sharp teeth! It’s definitely true that, similar to infants and toddlers, puppies explore their world by putting things in their mouths. In addition, puppies are teething until they’re about six months old, which usually creates some discomfort. Chewing not only facilitates teething, but also makes sore gums feel better. Although it’s perfectly normal for a puppy to chew on furniture, shoes, shrubbery and such, these behaviors can be a problem for you. A puppy won’t magically “outgrow”
Read More 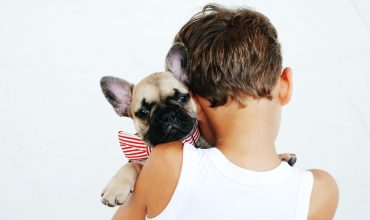 June 4, 2018 | Comments Off on Children and Dogs: Important information for Parents

Living with a pet can be beneficial to children. Pets can enhance a child’s self-esteem, teach them responsibility and help them to learn empathy. However, children and dogs are not always going to automatically start off with a wonderful relationship. Parents must be willing to teach the dog and the child acceptable limits of behavior in order to make their interactions pleasant and safe. Selecting a Dog What age is best? Many people have a “warm fuzzy” image of a puppy and a child growing up together. If you have a young child and are thinking of adopting a puppy
Read More 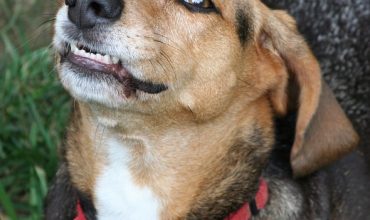 What is it? Dogs that become aggressive or possessive of an object or space are said to be resource guarding. By using threatening displays or aggression to get an approaching person or dog to move away, the dog is able to maintain possession of the resource that they value. While this behavior can be useful for wild or feral animals that have to fend for themselves, it can be problematic in a family pet. Fortunately, there are ways to modify it! What types of “resources” do dogs often guard? Anything the dog values can be something they will potentially guard.
Read More 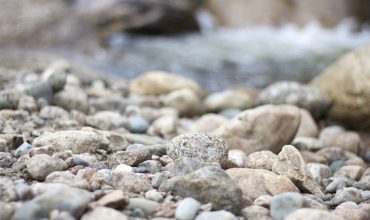 February 16, 2018 | Comments Off on Unusual eating habits in dogs and cats

Dogs and cats will sometimes eat socks, rocks or other objects, which may result in a variety of problems for both you and your pet. Not only can your possessions be destroyed or damaged, but objects such as clothing and rocks can produce life-threatening blockages in your pet’s intestines. Eating non food items is called pica. A specific type of pic is stool eating (either their own or that of another animal) and, while not necessarily dangerous to the animal, is probably unacceptable to you.  Stool eating is called coprophagy. The causes of pica and coprophagy are not known.  Many ideas have been proposed by various  experts, but none have been proven or disproven. Such behaviors may sometimes be attention-getting behaviors.  If engaging in one of these  behaviors results in some type of social interaction between the animal and his owner (even a verbal scolding) then the behavior may be reinforced and occur more frequently. These behaviors may be attempts to obtain a necessary nutrient lacking in  the diet, although no nutritional studies have ever substantiated this idea.  They may also stem from  frustration or anxiety. It’s possible behaviors begin as play, as the animal investigates and chews on the objects, then subsequently begins to eat or ingest them. It has been suggested that coprophagy is carried over from the normal parental behavior of ingesting  the waste of young offspring.  Some experts believe coprophagy occurs more often in animals who live in relatively barren environments, are frequently confined to small
Read More 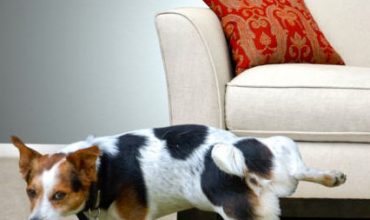 February 16, 2018 | Comments Off on House Soiling Or Urine­-Marking? How To Tell The Difference!

House Soiling Or Urine­-Marking? How To Tell The Difference! Your pet may be urine-­marking if: The problem is primarily urination. Dogs and cats rarely mark with feces. The amount of urine is small and is found primarily on vertical surfaces. Dogs and cats do sometimes mark on horizontal surfaces. Leg-­lifting and spraying are common versions of urine­-marking, but even if your pet doesn’t assume these postures, he may still be urine­-marking. Any pet in your home is not spayed or neutered. Both intact males and females are more likely to urine­-mark than are spayed or neutered animals. However, even spayed or neutered animals may mark in response to other intact animals in the home.
Read More 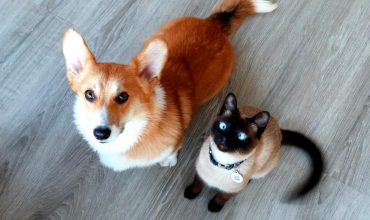 February 16, 2018 | Comments Off on Positive Reinforcement: Training with treats and praise

Positive reinforcement is the presentation of something pleasant or rewarding immediately following a behavior. It makes that behavior more likely to occur in the future, and is one of the most powerful tools for shaping or changing your pet’s behavior. Correct timing is essential when using positive reinforcement.  The reward must  occur immediately, or your pet may not  associate it with the proper action.  For example, if you have your dog sit, but reward him after he’s already stood up again, he’ll think he’s being rewarded for standing up. Consistency is also essential.  Everyone in the family should use the same commands. It
Read More 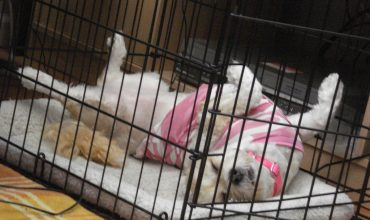 Crate training your dog may take some time and effort, but can be useful in a variety of situations. If you have a new dog or puppy, you can use a crate to limit his access to the house until he learns all the house rules – like what he can and can’t chew and where he can and can’t eliminate. A crate is also a safe way to transport your dog in the car, as well as a way of taking him places where he may not be welcome to run freely. If you properly train your dog to
Read More 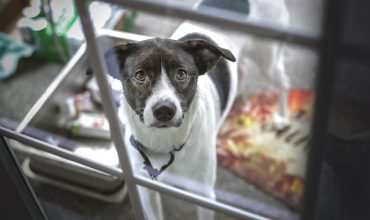 (Re) Housetraining your adult dog

Remember that you and your new dog need some time to learn each other’s signals and routines. Even if he was housetrained in his previous home, if you don’t recognize his “bathroom” signal you might miss his request to go out, causing him to eliminate indoors. Therefore, for the first few weeks after you bring your new dog home, you should assume your new dog isn’t housetrained and start from scratch. Establish a Routine Take your dog out at the same times every day. For example, first thing in the morning when he wakes up, when you arrive home from
Read More 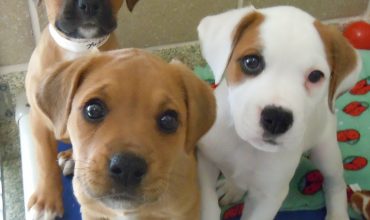 February 15, 2018 | Comments Off on Puppy Socialization

In bringing home a puppy, you are also opening up a new world to that puppy. Getting it socialized with a wide variety of people, places, sounds and things will be huge in their development. It will help the puppy to be confident and unafraid as it approaches new and strange things throughout their life. The most critical socialization window occurs before the age of 12 weeks, and that window is considered to be closing by 5 months. The puppy will gain confidence quicker and easier if it is socialized during this time frame. Keep in mind that socializing your
Read More 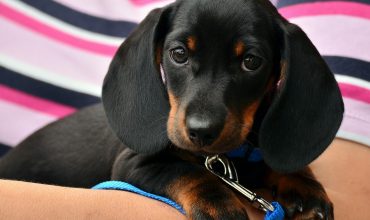 February 15, 2018 | Comments Off on Housetraining Your Puppy

Housetraining a puppy requires time, vigilance, patience and commitment. Following the procedures outlined below, you can minimize house soiling incidents, but virtually every puppy will have an accident in the house (more likely several). Expect this—it’s part of raising a puppy. The more consistent you are in following the basic housetraining procedures, the faster your puppy will learn acceptable behavior. It may take several weeks to housetrain your puppy, and with some of the smaller breeds, it might take longer. Establish a Routine Like babies, puppies do best on a regular schedule. Take your puppy outside frequently, at least every
Read More